Wanted: Roomates with Clout, Keys to the Social Media Kingdom and a Lease on a TikTok House 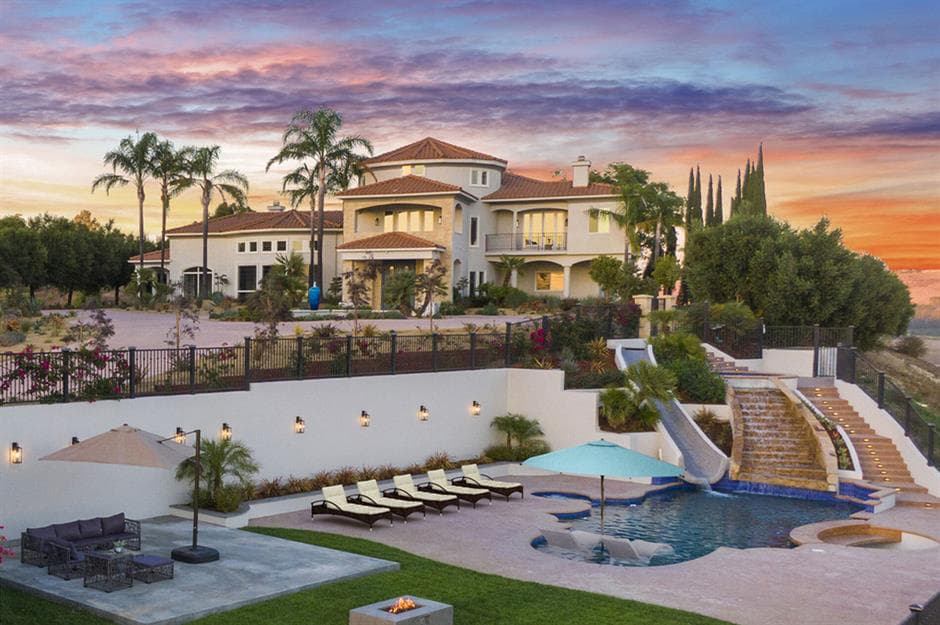 Wanted: Roomates with Clout, Keys to the Social Media Kingdom and a Lease on a TikTok House

What's better than collaborating with other great creators and making content day and night? Doing it while living under the same roof, preferably a sick mansion in Calabasas or Beverly Hills.

While TikTok houses vary in location and other details, they tend to be large, luxurious, and often feature a pool, nice lighting, and plenty of places to shoot video. TikTok houses, of course, are nothing new--they're an outgrowth of the YouTube creator houses that have been popping up (and disappearing just as fast) for the last 5 years across L.A., and in other major cities around the world.

But the young and the hungry always replace those at the top of their game, and when TikTok became the platform of preference for a new generation, some of the mansions that had housed teams of YouTubers simply changed hands and became collective crash pads for TikTok creators.

Others, like Hype House, were formed from scratch by TikTok stars. A Spanish-style mansion perched at the top of a hill on a gated street in Los Angeles, Hype House was the brainchild of Chase Hudson,a TikTok star with more than eight million followers who was only 17 at the time. It is now home to several pearpop members, including @vhackerr, @alexwaarren, and @luvanthony. With its palatial backyard, pool, enormous kitchen, expansive dining room and sprawling living quarters there's plenty of space for the creators to make videos, and host the endless stream of other influential internet stars who often drop by to brainstorm or just hang out.

Located in Encino, Hype House is 6,600-square-feet and includes 10 bedrooms and 9 bathrooms. But the upside of a TikTok house goes beyond living in a spacious multi-million dollar mansion in the Hollywood Hills: the advantages of cohabitation with a community of peers include access to a supportive network, and potentially a faster way to grow your fanbase.

In addition, creators provide each other with motivation as they create content and brainstorm together.  Another perk of Hype House was that it was nearly without furniture when the creators moved in, which made shooting easier.

You might think that having a bunch of creative, young people living together would quickly devolve into a nonstop party, but in reality, there are strict rules and a hardcore work ethic. These houses are about one thing: creating great content and that means work, work, work. The energy is contagious as everyone seeks to elevate the quality of their videos, and grow their audience.

TalentX Entertainment, a talent management incubator, rented a giant house in Bel Air called the Sway House, where pearpop members @joshrichards and @imgriffinjohnson are among the residents. The 8,500-square-foot home includes 6 bedrooms and 10 bathrooms, a library, wet bars, sauna, pool, spa, a fireplace and an elevator. All these amenities don't come cheap: according to a former listing, the rental price was $11,000 per month.

Like Hype House, Sway House is a 24/7 work environment, where up to 100 TikToks can be made in a single day. More than 1,000 TikToks were recorded in the bathroom in just two months. Another advantage of living in a TikTok house is that for many creators, it provides a sense of family and shared experience. After all, it's not easy living in a world where most people don't understand your culture.

The TikTok house phenomenon is no longer limited to LA: Atlanta's Collab Crib is an all-Black creator house created by Keith Dorsey, chief executive of the talent management agency Young Guns Entertainment, with the goal of solidifying Atlanta as a hub of creator talent. The French House consists of France's most popular TikTokers, who shoot videos in a villa in Paris, while the GO House is Ireland's first TikTok house. Despite Manhattan's legendarily exorbitant rental prices, Gotham House became the East Coast's first TikTok house located in the heart of New York City. And there are more TikTok houses popping up every day, from  Brazil to Russia to Spain--basically everywhere young talented creators exist, you can find a TikTok house.

If you live in a rural part of the country and don't have access to other creators nearby, there's always pearpop. In fact, you can think of pearpop as a “virtual” TikTok house in the sense that we provide many of the same benefits: access to collaborations, endless inspiration, and a powerful way to grow your fanbase. The best part? The rent is free at pearpop, and you never have to worry about who might have used your soap in the shower.