WHY WE'RE PROUD TO CELEBRATE PRIDE 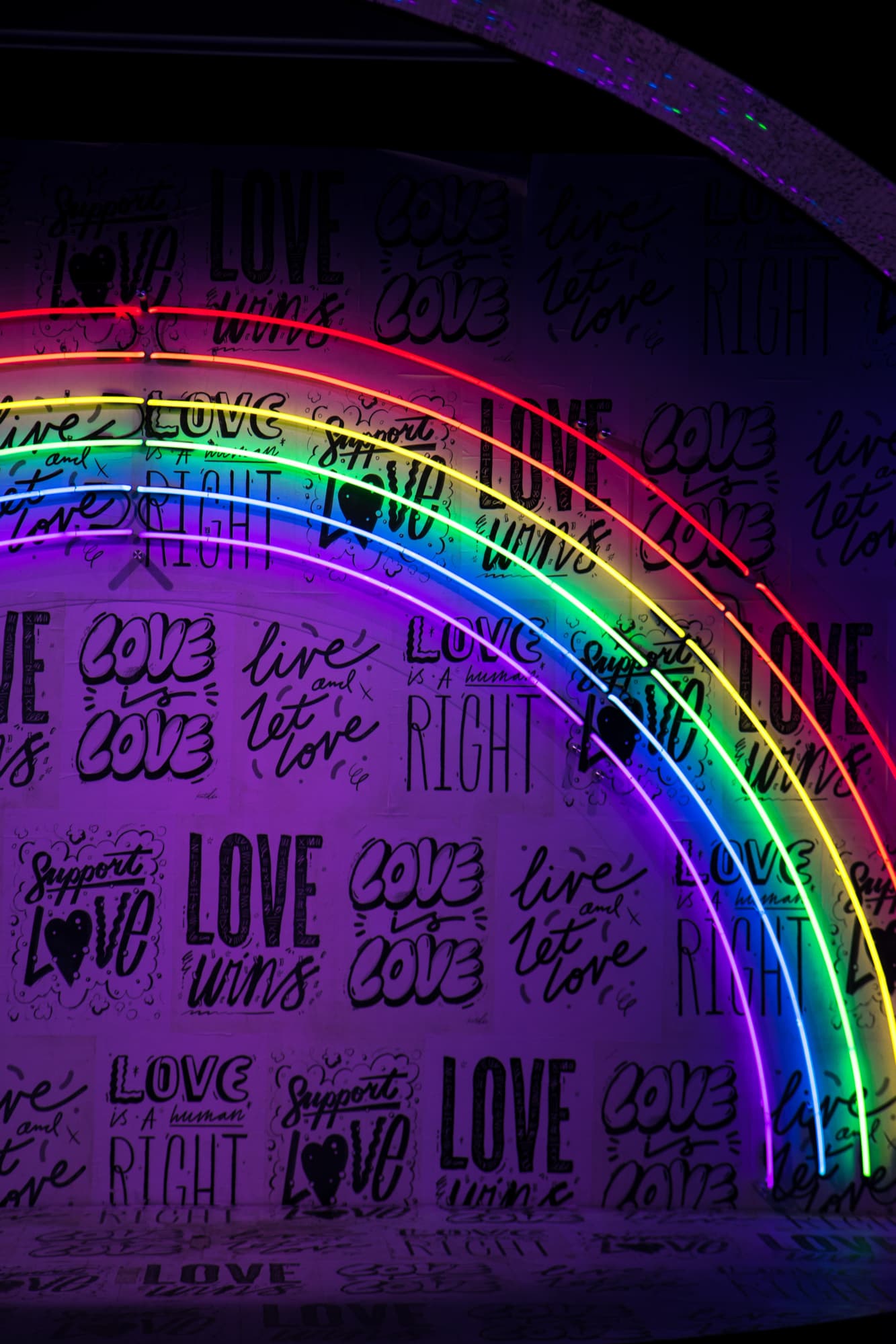 Photo by Jason Leung via Upsplash

WHY WE’RE PROUD TO CELEBRATE PRIDE

Let’s get one thing clear: it’s 2021, and it should go without saying that the question isn’t who you love, but do you love? At pearpop, we’re all about forging connections and empowering creative expression. We celebrate and respect all people, and we rejoice in all forms of love. You would think this might be stating the obvious, but as we saw in last week’s Supreme Court decision--which delivered a unanimous defeat to LGBTQ+ couples by allowing a Roman Catholic adoption agency to refuse to work with same-sex foster parents--the forces of anti-gay discrimination are alive and well.

Which is why we feel it’s more important than ever to wave our rainbow flag these days, and not just in June. After all, celebrating human dignity and the right to love whoever you love, certainly can’t be limited to one month a year.

While the LGBTQ+ civil rights movement has made great strides in the decades since the famous riot at the Stonewall Inn, in New York City’s Greenwich Village, the ideal of true freedom and equality is still a work in progress. And as with other lofty but essential ideals, such as democracy (remember Jan. 6th anyone?) we can never take them for granted.

Tolerance is an ongoing process, not a box you check off on a “to do” list. And there is still much work to be done: In 29 states, it is still legal to fire someone for being gay, lesbian or bisexual. 33 states don’t include protections for sexuality under housing discrimination laws. Pride Month is a way of commemorating a not-so-distant history, when rainbow flags had to be kept hidden for fear of real violence. As recently as 1969, it was illegal for LGBT people to congregate at a bar, or for bars to serve LGBTQ+ people. Insane, right?

Still, there are some major milestones we can take a moment to celebrate. There have been legal wins and breakthroughs politically (for the first time ever, a US President said the words “bisexual” and “transgender”) and the culture at large has begin to change. Thanks to movies like Blue Is The Warmest Color, Brokeback Mountain, All About My Mother, Birdcage, Stranger By The Lake, Call Me By Your Name, Dallas Buyers Club, Carol, Weekend, and Tangerine, and TV shows including Veneno, It's a Sin, Euphoria, Genera+ion, Pose, Legendary, Love Victor, The Politician, Sense 8, and Shitt$ Creek, more and more Americans have been seeing accurate depictions of gay life. It’s slowly becoming less of a big deal, and that’s kind of a big deal.

Music, of course, has always been a sanctuary for the LGBTQ+ community, and in the decades since Diana Ross sang “I’m Coming Out” we’ve seen artists from every genre of music stand proudly in the spotlight. At pearpop, we are especially excited by the pride embodied by artists including Years & Years, Kim Petras, Kehlani, VINCINT, Lil' Nas X, MNEK, Sam Smith, Kelechi, Troye Sivan, Daya, Todrick Hall, Hayley Kiyoko, and Pabllo Vittar--to name just a handful.

At the same time, while we celebrate Pride, and these signs of progress, we can’t ignore the reality that the journey toward full acceptance is still far from complete. In 2014, for example, a Harris Poll revealed that even those who said they supported marriage equality said that they felt uncomfortable seeing same-sex couples kiss or hold hands.The problem is that kind of discomfort can easily escalate into hate crimes and violence. So when you attend a Pride celebration, keep in mind, you’re not just standing up for something as obvious as the right for people to express their affection. You’re also taking a stand against violence and intolerance.

Pride matters because it creates a space for everyone to be who they are. It helps normalize the idea that you don’t need to be heteronormative. If you live in a big city, you might take this for granted, but Pride matters because it allows people in small town and rural America to become more comfortable with diversity. It also helps empower LGBTQ+ youth, and give them confidence in knowing they are not alone.

Pride isn’t just about having fun dancing with drag queens at a drunken parade. It’s certainly not just about some corporations getting on the bandwagon by doing a token marketing campaign in June. It’s not even about passing laws. Of course, policy and legislation are important, but changing the law doesn’t matter if we don’t also change our hearts and minds.

Pride matters because everybody has the fundamental human right to feel comfortable, safe and be themselves. Pride Month raises awareness of that inalienable truth, and ultimately, it’s through awareness that real change happens.

PS To celebrate Pride, we have some exciting special events coming up, so be on the lookout as we’ll announce some new pearpop Pride initiatives in the next few days!