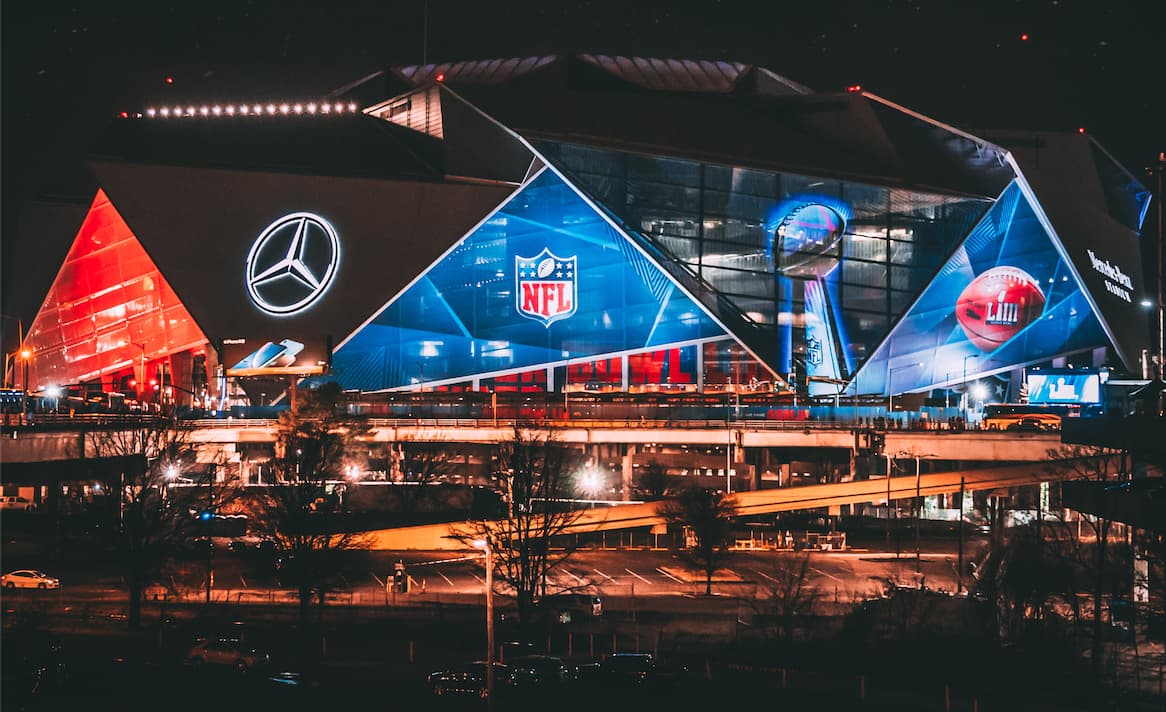 The future looks bright, as more brands realize the power of creators.

There’s a large segment of the human population for whom February 13th isn’t the day before Valentine’s Day. Instead, that’s a date marked off on the calendar with intense anticipation for another kind of love entirely: the Super Bowl. When the Rams and The Begals face off on Super Bowl LVI, millions of sports fans will cram around their TV sets with plastic red Solo cups and plates of nachos, shouting and pounding their fists on coffee tables across America.

While the game itself is undoubtedly of great interest, there’s another reason that many viewers tune into the Super Bowl: the commercials. The ads are why the Super Bowl is the biggest viewing event in the United States, whether you are a fan of football or not.

That’s because the best Super Bowl TV commercials are often something approaching fine art. In fact, the Super Bowl may be the one time of the year when viewers don’t try to avoid the commercials, and instead actively pay attention to them because of the entertainment they often provide.

A lot of money goes into these 30 second spots. In the same way that Michelangelo, Raphael, Donatello, Leonardo da Vinci and other great artists were supported by the Medici family during the renaissance, many of today’s best and brightest artistic minds are supported by Madison Avenue. For most of the last few decades, the best commercials have also been super-expensive cinematic productions created by giant brands. This has meant the barrier to entry is high, making it harder for newer names to break into this exclusive world. But that’s changing. Here are 5 reasons why creators have a better shot than ever before at breaking into the world of Super Bowl ads.

NBCUniversal will charge advertisers $6.5 million to run a 30-second ad, so it’s no surprise that brands want to steal the show with high production values. For up and coming talent, and even for smaller brands, it’s always been pretty difficult to break into the Super Bowl, which are–for lack of a better term–the Super Bowl of advertising.

However, this year, something new is happening. First-time Super Bowl advertisers are suddenly joining the party: Sam’s Club said it tapped Kevin Hart to create and star in its first Super Bowl ad. EV charger maker Wallbox, Booking.com, and Rakuten will also make their Super Bowl debuts. The fact that relatively smaller, platform businesses are breaking into the Super Bowl in February 2022 may be a good sign for creators. Especially since some of these first time advertisers–like Crypto.com–operate in the web 2.0 space and may be more amenable to featuring social media personalities.

Humor is always a big part of making a hit Super Bowl ad, and this could also provide an opening for creators who have a witty persona, especially since one of the biggest challenges for brands is to stand out and rise above the noise. Like a viral video, a successful Super Bowl ad can quickly insert a brand into the culture. And nothing connects with viewers faster than a good belly laugh–something everyone could use right now.

In recent years, traditional TV viewership has continued to skew older as more and more younger audiences have cut the cable and switched to online viewing. As a creator, you’re a digital native, and chances are your following is the coveted younger demographic that major brands are having a harder time connecting with via traditional media. Celebrities have always been a tried-and-true way for advertisers to connect, and as brands seek to appeal to younger viewers, it only makes sense that more opportunities will arise for social media celebrities.

Another reason that creators have to be optimistic is that brands are increasingly looking for ways to extend their Super Bowl ads past the game–and having a celebrity who already has a highly engaged social media following makes perfect sense for brands who need to connect with younger consumers. Considering how fragmented today’s media landscape today is, there’s additional value in hiring creators because they can help create engagement across multiple channels, before, during, and after the Super Bowl.

Nothing is more important than authenticity is important in how Gen Z views brands. When a Gen Zer sees a creator they know and trust with a brand, that can instantly win hearts and minds. Engagement has a positive impact on brand recall, so collaborating with creators before, during and after the game is a great marketing strategy for brands.

These are just a few reasons we expect to see more creators scoring touchdowns when it comes to securing major brand deals and showing up in Super Bowl ads. The future’s looking bright and Pearpop is here to make sure you’re part of it.