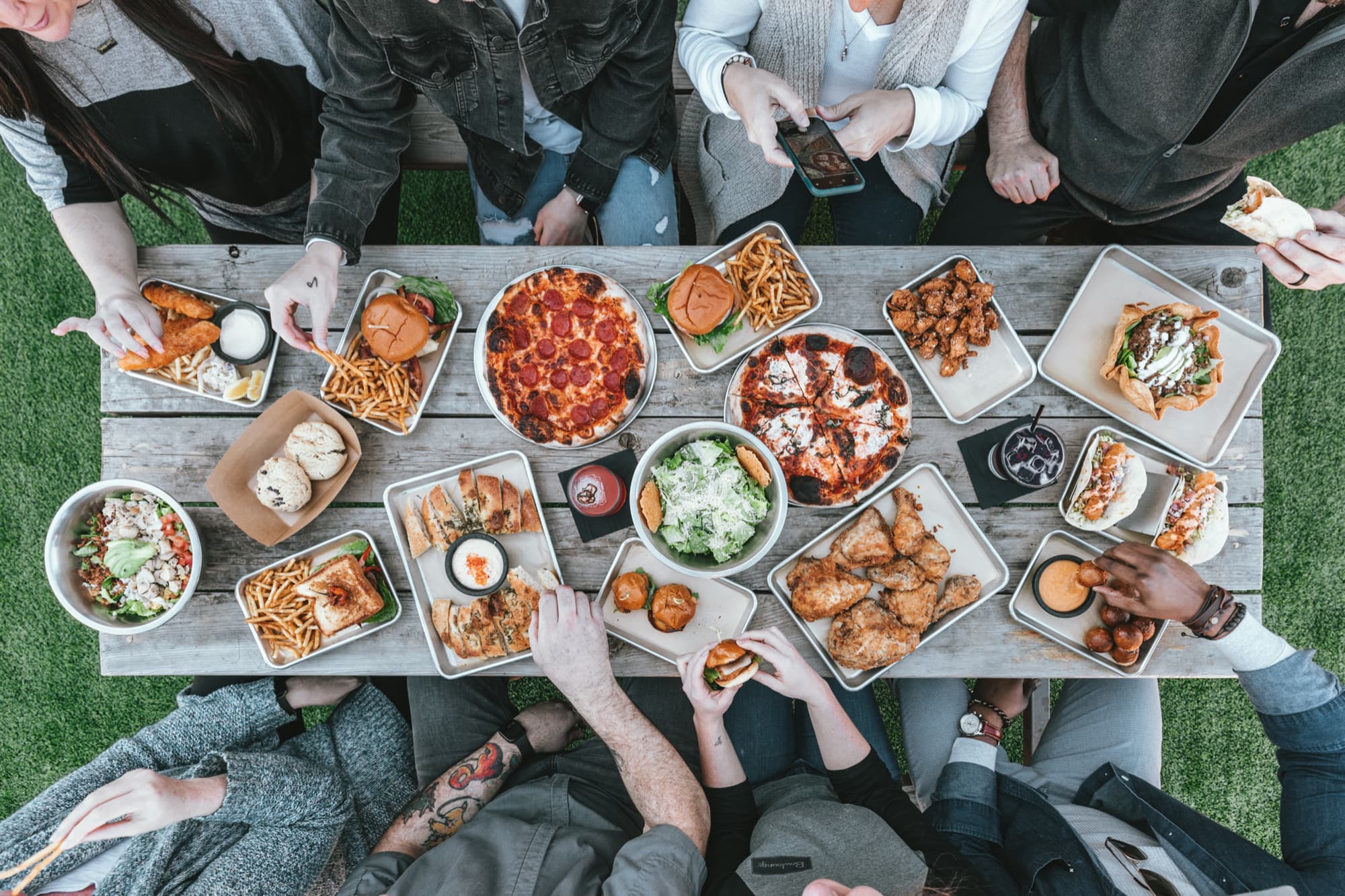 July is National Culinary Arts Month, which, as its name suggests, is all about celebrating awareness of the best cooking out there. Technically, the idea is intended to honor the contributions of professional cooks and chefs, and to spotlight the way their culinary innovations impact fine dining trends. And that’s totally cool with us because here at pearpop, we love fine dining and fancy food.

We weren’t even shocked by the recent news that a restaurant in New York recently set a Guinness World Record for the world’s most expensive french fries: each serving costs $200. (In case you want to make them yourself, the thrice-cooked fries recipe calls for Chipperbeck potatoes, blanched in Dom Perignon Champagne and J. LeBlanc French Champagne Ardenne Vinegar, aged in small oak barrels. The fries are then cooked in pure goose fat from cage-free geese raised in Southwest France, seasoned with Guerande truffle salt, hand-harvested from Guerande, France, then tossed in Urbani summer truffle oil and topped with shaved Crete Senesi Pecorino Tartufello, made from the milk of sheep that graze on the clay-rich hills of Crete Senesi and shaved with black truffles foraged from Volterra and Miniato, Italy. Then just sprinkle a little 23K edible gold dust on top, and voila!)

Then again, we’re also big fans of taco trucks, home-cooked meals, and a well-made peanut butter and jelly sandwich. You see, our entire reason for being is to democratize fame, so it only makes sense that we also want to democratize food--and that includes preparing it, eating it, and making TikToks about it.

Sure, the occasional order of $200 french fries are great if you’ve got a corporate Amex Black Card, but we believe in the DIY spirit, and sometimes a $2 slice of pizza can be just as satisfying as crab-stuffed roasted lobster from a 5-star Michelin restaurant.

Which is why, in honor of Culinary Arts Month, we put together this list of 5 of our favorite pearpoppers who are doing great things with food. Some of them are pros and some of them are just crazy geniuses who cook up brilliant things at home. From rolled ice-cream made with Mountain Dew to ramen noodles served with eggs and mushrooms inside a pineapple, we think you’ll find plenty here to make your mouth water.

THE KING OF RAMEN

When it comes to making great tasting food on a budget, you can’t do any better than the quickly-cut videos made by @RamenKingIvan. Born Ivan McCombs, Ramen King Ivan brings an infectious joy to the endless innovations he cooks up, all using that staple of college dorm living, ramen noodles. He’s made potato chips and chicken nugget pizza out of ramen, as well as ramen taki tenders, ramen mac n cheese, and more. (He even makes ASMR videos of himself eating his strange and wonderful ramen creations if you’re into that sort of thing.)

MEET MIKE WHO IS MIGHTY MEATY

If you’re a vegetarian and want to be horrified without spending money on the latest “Halloween” movie, check out the TikToks made by @Meat Like Mike. Mike likes meat--big, juicy cuts of it. He tends to grill his meats, but he’s not fancy about that aspect of it--in each TikTok, he generally suggests you cook the meat on whatever source of heat you prefer. But one thing that’s a must for Mike is large, juicy hunks of meat. He makes brisket, pork chops, burgers, as well as many meat-dishes that are hard to categorize, but which often involve generous amounts of cheese in the middle and several strips of bacon wrapped around the outside. Again, we warn you: these recipes are not for the vegan or the faint of heart (and probably also not that great for your heart) but everything Mike makes sizzles, and he gives his fans what they want. With more than 11 million likes on his TikTok account, the numbers don’t lie.

Low cal Jack Daniels Chicken thoughts? Best low cal ranch ever? Healthy molten lava cake? If these dishes all sound too good to be true, you haven’t been following Karim Isaad, who makes TikToks under the name @ice.karimcooks and promises there’s a way to keep a trim tummy without sacrificing the yummy. Karim also reviews interesting food combinations (watermelon and cinnamon) and produces videos decrying the downsides of diet culture while celebrating the upside of cooking smarter. All proof you can stay healthy without subsisting on steamed broccoli. Garlic parmesan truffle fries, anyone?

WE ALL SCREAM FOR...

You’ve probably heard about cryogenics: the concept that if you are willing to be frozen in a special chamber, you might get a second chance at life, with renewed health, vitality and youth. Until that idea moves from science fiction to the realm of reality, the next best thing may be found at Cryo Rolls, an ice cream shop located in Bellingham,  Washington. Their menu is filled with unusual vibrant flavors and each cup of ice cream rolls is made before your eyes. The process involves turning a liquid mix into a cup of freshly rolled ice cream and it’s fun to watch. For those of us who don’t live in the neighborhood, the @CryoRolls page on TikTok is the next best thing. There you can see crazy flavors of rolled ice cream being made with ketchup, Starburst candies, Sriracha hot sauce, Mountain Dew, Snickers Bars, and even a Spongebob popsicle.  Other than the weird and creative range of ingredients, the videos are all almost identical, but there’s something endlessly fascinating about watching the ice cream rolls get chopped up and expertly rolled, sort of like watching a master sushi chef at work. And they’re probably even more fun to eat!

SIMPLE PLEASURES ARE THE BEST

If all this talk about ramen served inside a pineapple and ice cream made with ketchup has you feeling a little homesick for something more familiar, check out Alexandra Johnsson’s @simplefood4you page, which is devoted to comfort foods of the more traditional kind. With 15 million likes, the Swedish cook offers up simple ways to make simple delicious pasta, and common dinner table favorites like salmon, cobb salad, a simple milkshake and chocolate chip cookies. Her tastes may not be exotic or unusual, but she claims to make the very best versions of classic dishes: the best garlic sauce, the best mashed potatoes, the best guacamole. That’s why she’s a favorite here at pearpop. We don’t believe you need to reinvent the wheel to make a splash. After all, there’s a reason some dishes are classics: they taste good. And if a classic meal done well is what you’re after, Johnsson’s got the recipe.